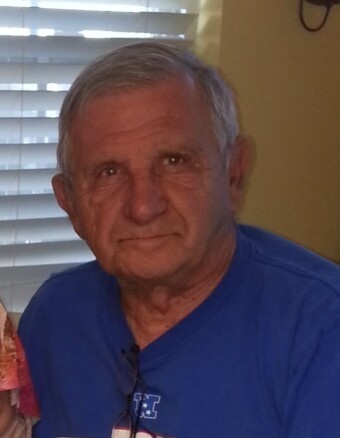 Albert Joseph DeSilva, 82, of Little Egg Harbor NJ died Wednesday, May 13, at his residence. Mr. DeSilva was born in Cleveland, OH and raised in Brooklyn, NY. He resided in Staten Island, NY before settling in NJ 34 years ago. He was a General Manager for the NYC Transit Authority for 25 years before retiring. Mr. DeSilva served in the Army in the 3rd Armored Calvary, which he lovingly referred to as ‘the Love Army.’

He was a communicant of St. Theresa’s Roman Catholic Church, Little Egg Harbor, NJ. Mr. DeSilva was predeceased by his mother, Madeline DeSilva, who raised him. He is survived by the love of his life and wife of 58 years, Mary Jane DeSilva; his beloved children, Joseph and Doreen DeSilva of Boynton Beach, FL, his favorite daughter Donna and her husband Gary Desrosiers of Forked River, and Douglas M. and Michelle DeSilva of Toms River; his siblings, Bobby DeSilva of Long Island, NY, Joseph DeSilva of Jackson, NJ and Marcella Jacaruso of Long Island, NY; and his ten grandchildren whom he adored.

Albert, who was known as ‘Superman’ by many was an avid sports fan. He loved the New York Giants and the New York Rangers and enthusiastically cheered them on and was not shy about letting others know what he thought of any rival teams. In his younger years, he enjoyed shooting pool at the local pool halls in New York, and later at home with his family. He read the New York Post daily, keeping with his NY roots. He would spend weekends dedicated to creating beautiful landscapes and tending to his immaculate lawn, which was always admired by his friends and neighbors. He had a love for music and had a wide range of musical interests which included anything from the 50’s through the 70’s.

Due to the CDC guidelines pertaining to the COVID-19 pandemic, funeral arrangements are private and under the care of Maxwell Funeral Home, Little Egg Harbor, NJ. In lieu of flowers, donations may be made in memory to Mr. DeSilva to the new Jersey Veterans Administration Healthcare Network at 130 W. Kingsbridge Rd. Building 16 Bronx, NY 10468 (718)741-4134       www.visn2.va.gov

To order memorial trees or send flowers to the family in memory of Albert DeSilva, please visit our flower store.