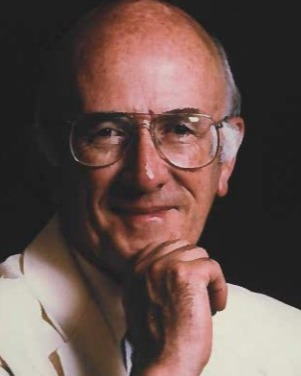 Albert W. Oldham, Jr. passed away peacefully on January 17, 2023 at the age of 95. Al’s adult life was dedicated to serving God and pointing them towards Him. Albert was raised in Frankford, outside of Philadelphia, went to Wheaton College and eventually to Faith Theological Seminary. In 1951, at the age of 23, he answered God’s call to service in a courageous way when he was asked to fill in as the Director for the remaining summer season at the Harvey Cedars Bible Conference. The Board of Directors assured him it would be a temporary position until they could find a new Director. As Al liked to joke, “It only took them 44 years to find one!” Upon his retirement in 1995, Al handed the reins to his son, Jonathan, who is the current Executive Director. Al continued to serve the Bible Conference as Director Emeritus, often sharing his ideas and continued vision with his son, the Board of Directors, and pretty much anyone who would listen! Al’s life work was honored by the dedication of the Oldham Chapel in 2017.

Al was predeceased by his wife, Dorothy (nee: James), his daughter, Martha Oldham, and his sister, Anna. Al is survived by his sister, Mary Radmore, and his children, Mary (Larry) Sunden, Jonathan (Julie) Oldham and David (Valerie) Oldham. He leaves behind 6 grandchildren, their spouses, and 8 great-grandchildren.

Al often shared his sense of humor with others. After his 80th birthday celebration, he stated, “I must confess that I really enjoyed my first 80th birthday party ever. It was so much fun that I look forward to the next one in 2087. I hope you will plan to be there!”

Al’s Celebration of Life will take place on Friday, February 3, 2023 at 11:00 a.m. at the Harvey Cedars Bible Conference. There will be a private burial at America’s Keswick, Whiting, NJ.

In lieu of flowers, donations can be sent to the Harvey Cedars Bible Conference, 12 Cedars Avenue, Harvey Cedars, NJ 08008.

To order memorial trees or send flowers to the family in memory of Albert W Oldham, please visit our flower store.