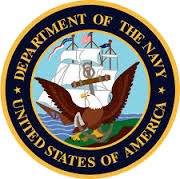 Angelo R. Martorano, 89 of Tuckerton, NJ passed away on Thursday Feb 16, 2017 after a long illness.
Angelo was born and raised in downtown Jersey City NJ; lived most of his adult life and raised his family in Bridgewater, NJ and he lived in Tuckerton for the past 22 years.
Angelo was a proud US Navy WWII veteran and a lifelong NY Yankee fan, who worked for the General Services Administration (GSA), an agency of the Federal Government for 35years before retiring.
He was preceded in death by his wife Marie, and is survived by his children, Dennis Martorano, Janice Martorano and son-in-law Edward Ferber, Richard Martorano, daughter-in-law Linda Martorano, granddaughters Dr. Lisa Martorano and Ms. Lauren Martorano, as well as his sister Mary D'Andrea and many loving nieces and nephews.
Viewing hours will be held on Monday February 20, 2017 from 4 to 7pm at Maxwell Funeral Home 160 Mathistown Road Little Egg Harbor, NJ 08087. A Funeral Mass will be held on Tuesday February 21 at 11:00am at St. Theresa's Church, Little Egg Harbor followed by burial at St. Mary's Cemetery, Manahawkin.
For driving directions or condolences go to www.maxwellfuneralhome.com
In lieu of flowers donations can be made in Angelo's memory to the American Cancer Society at www.cancer.org