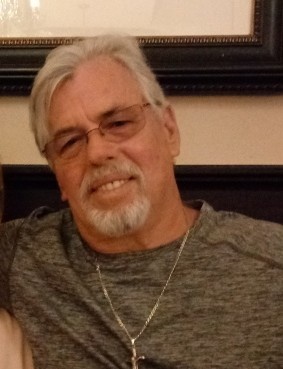 Francis (Bill) W. Wilt III, 65, of New Gretna, NJ, passed away on Friday, February 28, 2020 at his home, surrounded by his family. Born in Altoona, PA, he lived in Gallitzin, PA, Pittsburgh, PA and Anchorage, AK before moving to New Gretna.

Bill served his country in the US Air Force from 1973 to 1981 as a member of the Strategic Air Command (Plattsburgh, NY) and the Alaska Air Command (Elmendorf Air Force Base). After moving to NJ with his family, Bill worked for the first commercial airline (American International Airways) out of Atlantic City Airport; he later went to work at the FAA Tech Center in Pomona, as an aircraft mechanic, and later as an inspector. He retired in 2015 after nearly 39 years of service in the airline industry. Shortly thereafter, he opened his own business (Bill’s R&D 40 Test Bed Solutions) to continue his love of working on airplanes, specifically on "Big Blue." He was a life member of the New Gretna Vol. Fire Department (Station 421), the American Legion (Post 493) and the Moose Lodge (Chapter 2397, in Gallitzin, PA). He enjoyed riding his motorcycle, hunting, fishing and “putzing” around the house. He was generous with his time and was always willing to help anyone who needed it.

Due to the current Covid-19 pandemic, the Memorial Service for Bill has been postponed. A future Memorial Service will be held at a later date when larger gatherings are once again permitted. In lieu of flowers, the family requests that donations in Bill's memory be made to Angel Flight, an organization that provides free air transportation for passengers in need of medical treatment: http://www.angelflightne.org/how-to-help/donate-money.html

To order memorial trees or send flowers to the family in memory of Bill Wilt, please visit our flower store.