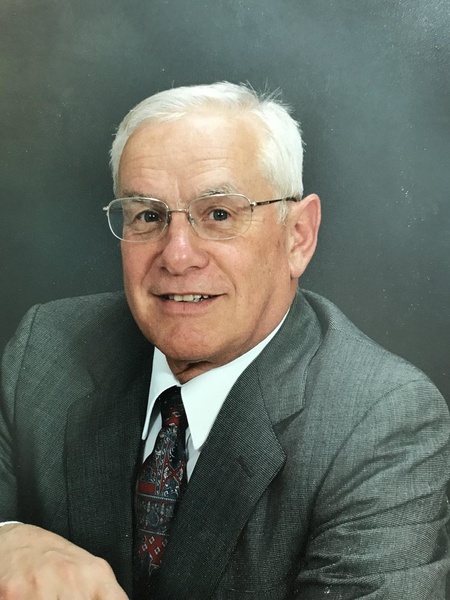 Harold (Hal) Stern, 80, went home to be with his Lord and Savior Jesus Christ on July 29, 2018, at Southern Ocean Medical Center attended by his second wife, Gail Shackleton Stern of Manahawkin, New Jersey.
Born on October 15, 1937, one of 8 children, to Amos KensingerÃ‚Â Stern and Verna Marie Stoner Stern of Morrisons Cove, Blair County, PA, Harold was the first in his family of farmers to attend college. He transferred from Morrisons Cove High School to Messiah Academy in Grantham, PA, where he continued on to Messiah College and graduated in June, 1960 with a B.A. in Biblical Theology. From there he went on to Millersville State College, studying biology and graduating with a master's degree in education on August 25, 1967, having developed a K-6 science curriculum as his thesis. He married Naomi Eberly July 11, 1959, at Mount Rock Brethren in Christ Church, Shippensburg, PA. After settling in Lancaster, he taught in the Manheim Township School District, starting as Science Coordinator, and later taught 5th grade in Lancaster City.
Hal was a lifelong member of church and choir. He devoted himself to teaching men, starting the morning men's group at Westminster Presbyterian Church in Lancaster, PA. From 2004 until 2014 he studied as a candidate for the Doctor of Religious Studies degree with Trinity Theological Seminary.
He worked as an independent agent with State Farm Insurance for 40 years in Lancaster County, was licensed as a Chartered Life Underwriter and Financial Counselor, and participated in the local Kiwanis Club.
With his family, he was director for Camp Andrews in southern Lancaster County for several summers. He enjoyed boating, fishing, camping, hiking, golf, woodworking, and travel in the U.S. and abroad. As a family during the 1970's, the Sterns renovated an 1813 farmhouse in Ephrata, including Hal's installation of electricity and plumbing. With Curtis he took up hunting, which became a significant hobby that he enjoyed with his grandsons. In 2013, Naomi, his wife of 53 years, passed away.
Having been introduced by friends, he married Gail Shackleton on June 14, 2014 in Manahawkin, NJ and resided there since that time. With Gail he was able to fulfill a lifetime dream of touring Israel, despite years of recovery from multiple strokes. We mourn the loss of this man who loved the Lord and His Word, who was a dedicated teacher, and who was an advocate of family, church, and education.
His surviving children are Curtis Stern (wife Marianne and their 5 children: Carina (Garrett) Nasrallah, Bryan (Megan), Timothy (Megan Joy), Paul, and Nathan Stern), of Lookout Mountain, GA; Cynthia Coletti (3 children: Rosa, Maria, and Anna Coletti) of Jonesborough, TN; and Carol Chamberlin (husband Stephen and 2 children: Catherine and Scott Chamberlin) of Hamilton, MA. Also surviving are his sisters: Doris Lehman of Chambersburg, PA, and Mary Ann (Clarence) Brubaker of Mechanicsburg, PA; and brothers: Ronald (Lenora) Stern of Mechanicsburg, PA, Joel (Barbara) Stern of New Oxford, PA; Kenneth (Lois) Stern of Tulsa, OK; and Charles (Anita) Stern of Pleasant Hill, OH. Preceding him in death are his parents; his first wife, Naomi Mae (Eberly) Stern; brother Robert; son-in-law Robert Anthony Coletti; 2 brothers-in-law: Eber Hess and Eldon Lehman.
Memorial gifts can be made to Christian Radio station WYRS Broadcasting, P.O. Box 730, Manahawkin, NJ, 08050.