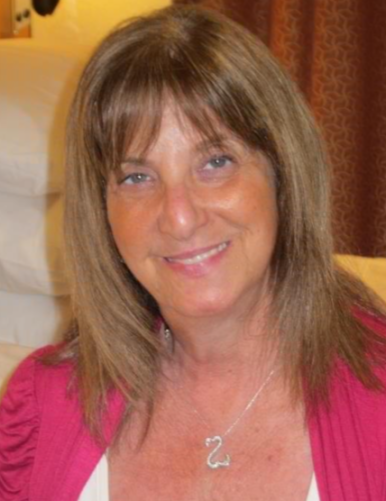 Hedy was born in Williamsburg, Brooklyn, and moved to Staten Island, N.Y., in the early 70’s where she lived for many years. She moved to Little Egg Harbor with her husband Thomas in July, 2016, to a wonderful 55-and-over community, Four Seasons at Harbor Bay. She made many friends there and became involved in a number of activities with the women’s club, the social committee, the community’s newsletter, and the gaming club.

Hedy worked in newspaper advertising on Staten Island for the Islander/Marketeer for a number of years before finishing up her career with the New York City Board of Education as a paraprofessional working with handicapped children at the junior high school level. She retired in 2004.

She loved to travel, especially on cruises. She and her husband went on 98 cruises together but she did well over 100 since she was an active cruiser well before they met in 1995. She also loved music. She was an avid fan of Barbra Streisand, whom she described as, “Just another Jewish girl from Brooklyn.”

Hedy was predeceased by her parents Bertha and Benjamin Gordon, and her sister Sandra Driskill.

She is survived by her loving husband Thomas, her son Ken Freiberg of Linden, N.J., her nieces Michele Maibruch of Staten Island, N.Y., and Janine Rivers of Saginaw, Mich., her grandchildren Benjamin and Karly Freiberg of Ridgefield, N.J., and several grandnieces and grandnephews.

She also is survived by countless friends she made both on land and sea.

A memorial service will be held on Friday, Sept. 10, 2021, at 11:30 a.m., at the Woodbridge Memorial Gardens in Woodbridge, N.J. The service will take place in the chapel in Tower B. In lieu of flowers, the family asks that donations be made to pancreatic cancer research. They can be made through the Pancreatic Cancer Action Network on the website pancan.org

To order memorial trees or send flowers to the family in memory of Hedy C Valledolmo, please visit our flower store.
Send a Sympathy Card