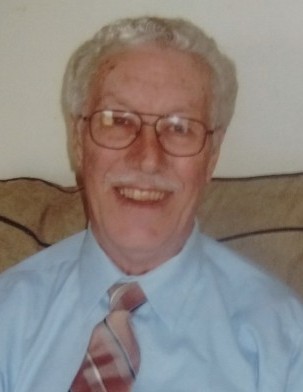 Hugh B. DeHaven Jr. 77 of Egg Harbor Township, New Jersey passed away at his home with his loving wife by his side on Monday, April 13, 2020. Hugh was born May 14, 1942 in Pleasantville, New Jersey to Hugh and Betty DeHaven. He graduated from Ocean City high school. Shortly after graduation he enlisted in the United States Navy from 1962 to 1968 including two tours of Vietnam earning the titles bluenose (Arctic Circle) and shellback (equator) respectively. He held degrees from Bowman technical school in watchmaking, Cumberland County Community College AA math science and Glassboro State College BA Industrial Arts.

Hugh was a man of many talents. He worked as a marine mechanic for Longport Marine, A watch repairman for Lee’s Jewelers, A shop teacher for Oakcrest high school and retired from the county of Atlantic in HVAC maintenance and repair. He was very interested in sailing and almost anything that helped him feel the wind in his face.

Hugh was a caring husband, brother, friend and father. He is survived by his wife Marilyn, his sister Carroll,  his daughter and her husband, Melissa and Chris and their five children Ethan, Abigail, Joshua, Liam and Annabelle.

A celebration in Thanksgiving for the life of Hugh DeHaven will be held on September 10th, 2021 at 11:00am at Holy Trinity Episcopal Church Ocean City, New Jersey. To send private condolences to the family, please email directly to maxwellfuneralhome@hotmail.com

To order memorial trees or send flowers to the family in memory of Hugh B DeHaven, please visit our flower store.
Send a Sympathy Card