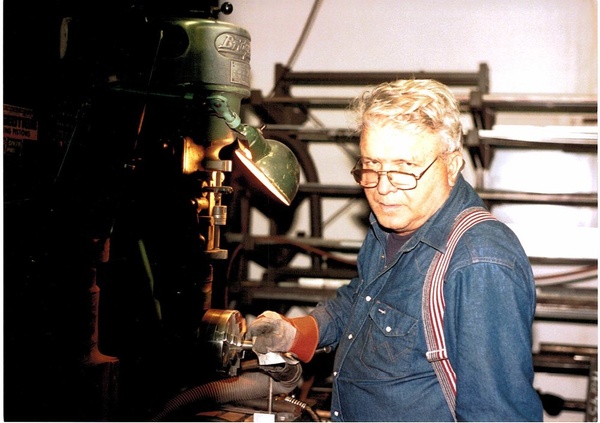 Ivan Jay Kellogg, age 80 of Little Egg Harbor, NJ died peacefully and painlessly in his slepp after a brief illness on May 28, 2018.Ã‚Â  Ivan was born in Orange, NJ to Ivan L. Kellogg and Ruth Kellogg (nee Williams).
Ivan served in the US Army from 1959 to 1963 in Wurzburg, Germany.Ã‚Â  He loved Germany and toured it extensively.Ã‚Â  Back in the states, Ivan joined the Army National Guard, serving as armorer and achieving the rank of Staff Sergeant.Ã‚Â  He later transferred to the Army Reserve at Camp Kilmer where he served as senior armorer in charge.
In his civilian life, Ivan worked as a machinist with Mann-Roland Industries in Middlesex, NJ for 28 years.Ã‚Â  Always mechanically inclined, he loved old cars, and working at his late frind John Hoffman's machine shop.Ã‚Â  Ivan also had a great love of animals and provided a happy home to many dogs and cats over the years.
Ivan was preceded in death by his first wife, Josephine Kellogg (nee Gearino) in 1979, his parents (1980's and 1990's), his sister Elva Jean Hettich (2005), and his sister Lucinda Dormeyer (2012).
He is survived by his second wife Linda Kellogg (nee Legernes), their sons Frank Kellogg and Sean Kellogg, a granddaughter Joann Kellogg, along with nieces and nephews.Ã‚Â  We give our thanks to AtlantiCare Regional Medical Center in Galloway Twp. for such great palliative care.Ã‚Â  Ivan was one of a kind and will be dearly missed and remembered.

To order memorial trees or send flowers to the family in memory of Ivan Kellogg, please visit our flower store.