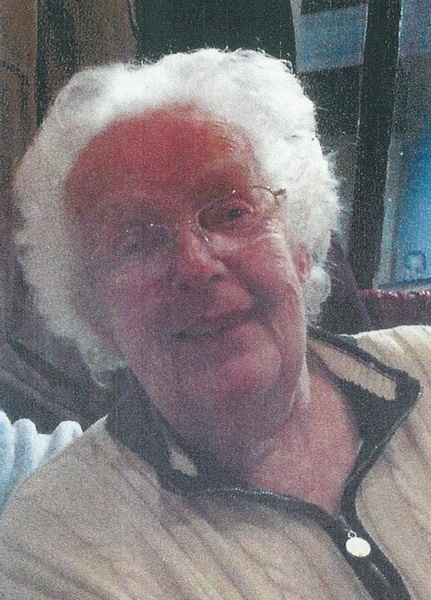 Jane Turner (Horley) Zick, 80, a beloved wife, mother and grandmother, passed away peacefully on August 2, 2018.
Born in Rahway (NJ) Ã‚Â Hospital on September 13, 1937 to William C. and Edna (Emmons) Horley, she resided in her early years in Perth Amboy, New Jersey, where she met her husband of 56 years, Ã‚Â Eugene ""Gene"" A. Zick, but not before a courtship of seven Ã‚Â years, Ã‚Â which she said was ""to make sure it would work.""
After graduation from Perth Amboy High School in 1955 with honors, she attained an Associates degree in merchandizing from Cazenovia College in New York, where she was valedictorian of her class.Ã‚Â  She promptly attained a job with the New York City advertising firm of McCann Erickson as a business research manager, and later worked closer to home in Perth Amboy as a representative for AT&T.
As a kid, Jane was a self-proclaimed ""tomboy;"" she liked to say, ""because boys had more fun."" She was also an avid sailor, based at Raritan Yacht Club.Ã‚Â  She was a ""Lady Skipper,"" and won many races.Ã‚Â  She formed the foundation of her relationship with Gene by crewing with him in his boat, the Ranger, in races on the Raritan Bay.
Besides sailing, Jane was an avid bridge player; she found bridge was a great outlet for a sharp mind, and for competition and socializing. Ã‚Â Jane was also a golfer who recorded four holes in one and won a blue ribbon for her famous bread and butter pickles.
She had many ""claims to fame.""Ã‚Â Ã‚Â  In 1965, she appeared as a contestant on the TV game show ""Jeopardy""; she is a descendant of President Abraham Lincoln as well as Penelope VanPrincis Stout, early settler of Monmouth County.Ã‚Â Ã‚Â  Ã‚Â Ã‚Â She loved Broadway musicals, and especially those featuring Ethel Merman.Ã‚Â
Jane and her family moved from Perth Amboy, New Jersey, to Jamesburg, New Jersey, and as Gene's jobs changed, to Southbury, Connecticut; Ã‚Â Farmington Hills, Michigan; Russellville, Kentucky; and in retirement, finally back to New Jersey in Little Egg Harbor.Ã‚Â  Jane was able to put down roots in each place, and made many great Ã‚Â friends in each place.
Jane is predeceased by her parents, sister Anne (Horley) Rothlein, brother-in-law Gilbert Rothlein, and nephew Mark Rothlein.Ã‚Â  She is survived by her husband and Ã‚Â life-long friend and confidant, Eugene A. Zick, their two sons, Colin Jay and his wife Jean (Demmer) of Boston, and Kyle Sean and wife Jill (Ochs) of Boston, and grandchildren Ã‚Â Andrew, Brian, Cole, and Jenna.Ã‚Â  She was so proud to be a ""Nana"" and will always be deeply loved by her grandchildren.
Also surviving her are brother William Horley and wife Barbara (Sale) Horley of Cumberland, Rhode Island, sister-in-law Janet (Zick) Batari, of Waretown, New Jersey and brother-in-law Stephen Zick, of Toms River, New Jersey, great aunt Alice (Clark) Hetzer of California and others.
She will be missed by her many nieces and nephews (Craig, Debbie, Chris, Brian, Lisa, Sharleen, Veronica, Dawn) who knew her as ""Aunt Jane,"" cousins, bridge club members, golf partners, neighbors from around the country, church members, friends and Ã‚Â classmates.
Visiting hours at Maxwell Funeral Home, 160 Mathistown Road, Little Egg Harbor, New Jersey on Thursday, August 9 from 2 pm to 4 pm and on Friday, August 10 at 10am at St. Peter's Episcopal Church, 183 Rector Street, Perth Amboy, New Jersey.Ã‚Â
A memorialÃ‚Â service will be held on Friday, August 10 at 11 am at St. Peter's Episcopal Church, 183 Rector Street, Perth Amboy, New Jersey.Ã‚Â
In lieu of flowers, donations may be made to the Alzheimer's Association or St. Jude's Children's Research Hospital.