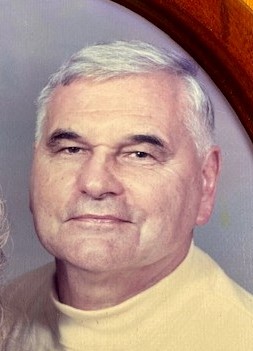 John Vincent Balas ,87, of Little Egg Harbor, passed away on April 22, 2021 surrounded by loved ones.

John was born on June 10, 1933 to John Vincent Balas and Helen Francis Balon Balas in Freeland, Pennsylvania. John joined the Air Force after high school where he served as Air Force Air Rescue.

John worked as a Lineman and later went to welding school.  He became a Master Welder and worked in the Energy Industry for over 30 years. After working for Jersey Central Power and Light at Oyster Creek he worked for and retired from Atlantic City Electric.  John was passionate about welding and loved what he did for a living. To most of his family and friends he was known as Sam.

John retired in 1993 after 30 years in the field. While retired, John had time to pursue his love of woodworking.  He made handcrafted furniture and beautiful pieces that will be treasured by his family for many generations.

John was predeceased by his parents John and Helen and sisters Mary and Dolores. He is survived by his wife Sharon Balas, children Diana O’Connor, Vincent Balas and Caroline Balas, grandchildren Carly O’Connor, Alexander Ramirez and Alana Balas.

At John’s request, there will be no funeral or memorial service only a small gathering of immediate family.

To order memorial trees or send flowers to the family in memory of John V Balas, please visit our flower store.
Send a Sympathy Card