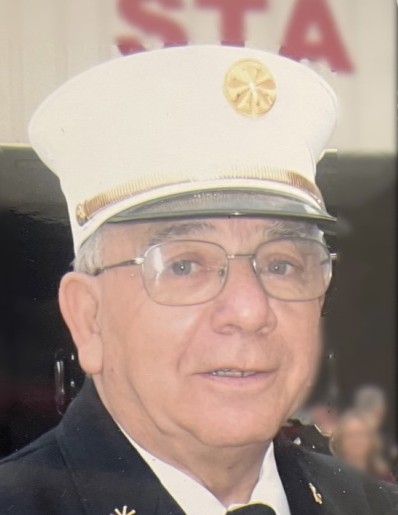 John DeBella "Pop" passed away peacefully on February 16th at the age of 74. Born in Westfield NJ, he lived in Little Egg Harbor NJ for many years. John was always involved in community service; he volunteered on the Westfield Rescue Squad, he was a volunteer fireman at the Westfield Fire Department, and past Deputy Chief and President of the Parkertown Fire Company. John loved to cook, play cards, and listen to music. His favorites were Frank Sinatra, the Beach Boys, and the Four Seasons. John loved watching sports. He always rooted for his favorite teams, the NY Yankees and NY Giants. John worked many jobs over the years. He loved working for the Sands Hotel and Casino where he drove a limousine for the stars. His favorite was driving for his idol, Frank Sinatra. He also worked at his family’s business, Tramontano Produce and Deli in Ship Bottom for many years. You could find him singing Frank Sinatra and dancing in the aisles with the customers. His love for cooking lead him to partner with his two best friends, Lenny and Pete, together they catered many events. He loved to see others enjoying his food. John is predeceased by his parents, Joseph and Jennie DeBella, and his brother Joseph S. DeBella. He is survived by his children, Jennie DeBella of West Creek NJ, Alyssa Burr, husband Al Burr formerly of New Gretna, son Jamie McNemer of Parekertown NJ and grandchildren Ashley DeBella-McNemer, Alyssa Elia- Way, Ava Way, Ashley Burr, Dakota Burr, wife Samantha Burr, Alfie Burr, and Abbie Burr, and one great grandson Oliver Burr. John was “Pop” to all he met but especially to his grandchildren. “Pop” touched the lives of so many. He was always willing to help others. He will be missed by all who knew him. Services will be held at the Parkertown Fire Company, Monday, February 22, 2021. The viewing will be held from 10:00a.m. to 12:00p.m. with burial to follow. Arrangements are under the care of Maxwell Funeral Home, Little Egg Harbor.

To order memorial trees or send flowers to the family in memory of John DeBella, please visit our flower store.