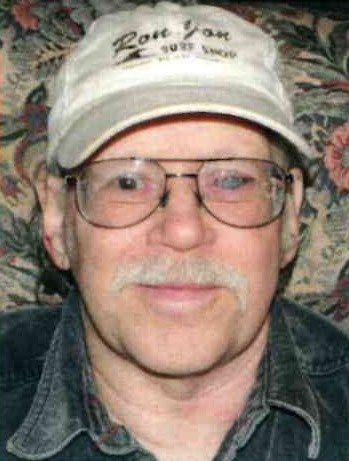 John Getz III, 72, of Little Egg Harbor, NJ passed away peacefully at home surrounded by family after a long battle with heart disease and Parkinson Syndrome.

John was raised in Mercerville, NJ, graduate of Steinert High School in 1965, Hamilton Township. After graduation, John worked for his father for six years as a machinist apprentice. John worked his “Getz Light Show” with a band called “Morning Glory.” They worked many college frat parties, bars and grills, among other gigs. When moving to Mystic Islands (LEH), John worked as a bulkheader for Gomez Brothers until 1975. He worked at Lenox China in Pomona for 30 years as a machinist, mechanic and millwright until they closed their doors. John was a top-notch millwright and mechanic. If you needed a part and couldn’t find it, he’d just make it.

John had many side jobs and hobbies, including raising boats, welding, repair in/outboards, designing t-shirts and recreating art found in Key West.

He loved fishing and clamming. He had several boats he personally designed and had custom made for his clamming business. Eventually, he began harvesting clams as well. John also became a licensed diver for his clam harvesting, but still raked in the wilds of the Great Bay.

He loved music and played many instruments, especially the guitar. John and Linda attended the Philadelphia Folk Festival for 30 years.

A viewing will be held on Friday January 24, 2020 from 3pm until 5pm where a time of sharing and formal service will begin at Maxwell Funeral Home, 160 Mathistown Rd., Little Egg Harbor, NJ 08087. Family requests all visitors and staff to wear casual attire, specifically jeans and a t-shirt, if able.

In lieu of flowers, donations may be made to the American Heart Association at www.heart.org

To order memorial trees or send flowers to the family in memory of John Getz, please visit our flower store.