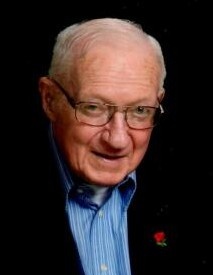 John P. Murray, 91 of Little Egg Harbor, NJ passed away peacefully at home on Wednesday, September 2, 2020 with his wife at his side. Born in Harrison, NJ, John spent time living in Jersey City and Park Ridge, NJ before retiring to Little Egg Harbor 26 years ago. John was a Communicant of St. Theresa’s Roman Catholic Church where he participated in the Knights of Columbus, Respect Life Ministry, was a “counter” and an Altar Server. He was a member of the VFW and volunteered along with his wife Rita at the Tuckerton Area Inter Church Food Pantry. He also enjoyed watching baseball.

John served our country in the United States Army and was stationed in Korea during the Korean War. He graduated from St. Peter’s College, Jersey City and worked 25+ years for Value Line in New York City.

He is survived by his loving wife of 65 years Rita Murray, children Michael Murray and wife Barbara of Mount Arlington, NJ, Brian Murray and wife Cathleen of Dumont, NJ and Gail Wunsch and husband David of Ringwood, NJ and grandchildren John Murray and Jocelyn Wunsch.

To order memorial trees or send flowers to the family in memory of John P Murray, please visit our flower store.