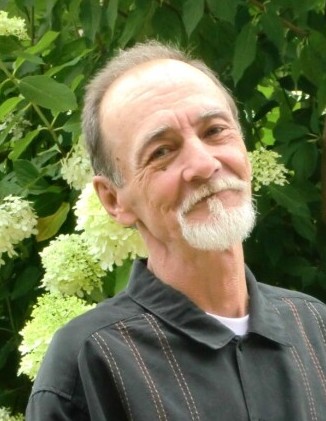 John Robert Thomas passed away in the company of loving family on October 22 at the age of 69. A longtime resident of Tuckerton, NJ, John enjoyed fishing, crabbing, boating, and maligning sea gulls and WEBs (tourists, for those not of the area) alike. When not living the life of a grizzled sea captain, John took great pride in cheering for the Philadelphia Eagles, and subsequently calling them bums when they didn’t play to his satisfaction. Such a fan was he, that his doctors and phlebotomists were astounded to find that he did, in fact, bleed green.

John’s greatest passion and truest love was music. Some of his greatest influences were The Beatles and Bob Dylan. He enjoyed a wide range of styles, from country, to bluegrass, to rock, to blues, and he took each genre on and made them his own. A prolific musician, singer, and songwriter, his catalog spans several decades, and he found great joy in sharing his talents with the world, and teaching others to do the same. A mentor to many younger musicians in the Tuckerton music community, including his own daughters, he inspired many to sing, play, and write with passion and infectious joy.

John is survived by 4 daughters (poor fellow), 6 grandchildren, and one great grandchild, as well as countless friends. He will be remembered for everything he created in this world, from furniture to beautiful words and melodies. And sarcasm. A whoooole lot of sarcasm. He passed that on to his daughters as well. Duh. Wherever John’s spirit or personality ends up, I’m sure it will be heard telling someone, “Move that there. No, not there. There. Oh my god... “

A celebration of John's life and love of music is TBA, likely occurring in the coming spring, so that his good friends, the birds, can also attend. In lieu of flowers, donations can be made in John’s name to St. Jude Children’s Research Hospital at http://giftfunds.stjude.org/John_R_Thomas_Memorial

To order memorial trees or send flowers to the family in memory of John Robert Thomas, please visit our flower store.
Send a Sympathy Card