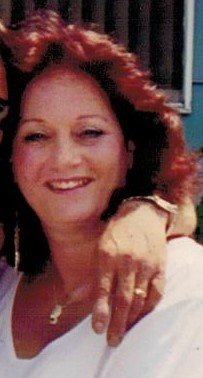 Kathleen Livio, 60 of Little Egg Harbor, NJ passed away on Friday October 7, 2016. She was born in Newark, NJ, raised in Hazlet, NJ and lived in Barnegat, NJ before moving to Little Egg Harbor 15 years ago. She was a graduate of Raritan High School in Hazlet, NJ. She enjoyed fishing and being outdoors and loved spending time with her grandchildren and family. Kathleen was a kind hearted, loving and giving person who would do anything for anyone.
Kathleen was predeceased by her husband John Livio Sr. in 2010, daughter Tisha Livio in 2016, granddaughter Lillyanna Livio in 2016 and her parents John and Geraldine McLaughlin.
She is survived by her loving sons John Livio Jr. and wife Holly of Little Egg Harbor and Jason Livio and Renee' Ellis of Little Egg Harbor, brother John McLaughlin Jr. and wife Darlene of Union Beach, sisters Jeanne Johnson and husband Ron of Englishtown, NJ and Sharon Johansson and husband Frank of Wall Twp. and grandchildren Eric Emde, Mason Livio, Lynze Livio, Jake Livio, Jason Livio and Gianna Livio.
Funeral Services will be private.

To order memorial trees or send flowers to the family in memory of Kathleen Livio, please visit our flower store.