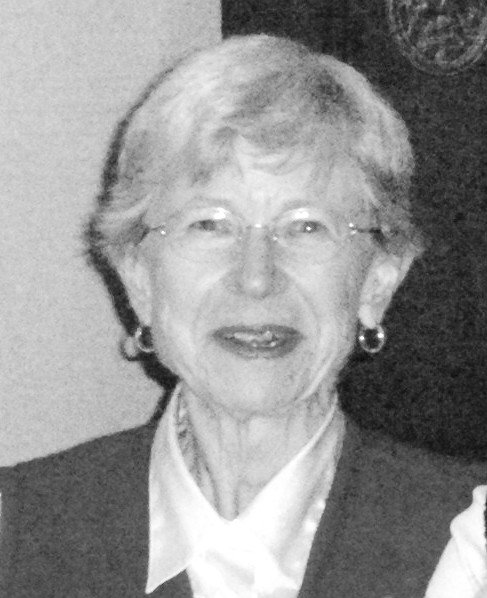 Margaret Paff Hart - Maggie
Margaret P. Hart, always known as ""Maggie,"" passed away on Saturday morning, January 31, 2015, at the age of eighty three.
Maggie is pre-deceased by her husband of nearly 60 years, Calvin Cobb Hart, her parents, George H. Paff, PhD. and Margaret Marsh Paff and her brother George H. Paff.
Maggie and Calvin lived most of their married lives in Holmdel, NJ. Maggie is lovingly remembered by their three children, son Gregory Douglas Hart and his wife Bobbi Scozzari Hart of Fairfax, VT, her daughter, Gretchen Hart Anderson and husband Stephen B, Anderson of Glastonbury, CT, her son Charles Logan Hart of Little Egg Harbor, NJ and her two grandchildren, Christopher Hart Anderson and Kayli Xian Hart Anderson of Glastonbury, CT.
Born in Painesville, OH, she graduated from high school on Long Island, NY, and continued on to The University of Delaware, earning her B.A. degree in Music.
Maggie worked many years as the assistant to the founding director of the Monmouth
Conservatory of Music and also provided office support to her husband's advertising rep firm, The Cal Hart co.
She and Cal retired to Little Egg Harbor, NJ in 2013, They became members of The First Presbyterian Church of Tuckerton, where they felt so welcomed. They also enjoyed their membership and frequent visits to The Tuckerton Seaport.
Maggie was deeply involved with music her whole life long, singing in various church choirs, choral groups such as The Shrewsbury Choral, the Monmouth Civic Chorus, The New Jersey Singers and also a member of The Monmouth Conservatory of Music Opera/Operetta Society. She played the piano and organ, as well.
Over the span of her lifetime, she adopted many rescue dogs, generously giving her time, love and attention to each one. She faithfully supported the Monmouth County SPCA.
A memorial sewice for Maggie will be held at The First Presbyterian Church of Tuckerton, 210 East Main Street, Tuckerton, NJ on June 20, 2015 at 11:00 with a light repast offered at the church, immediately following the sewice.
Memorial donations in memory of Maggie may be made to The Monmouth County SPCA, 260 Wall St, Eatontown, NJ.