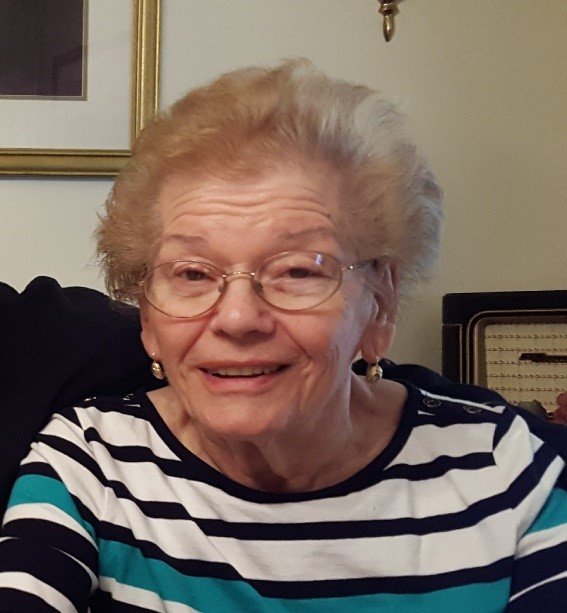 Suckiel, Margareta (Rita) - (nee Baier) 81, went home to be with our Lord on Thursday, September 14, 2017. Rita was born in Lisberg, Germany to George and Elizabeth Baier on March 3, 1936.
Rita was raised in a small village, by her family, in war-torn Germany where she knew the meaning of hard work and getting by on very little. At the young age of 22 she met and married Private Stanley E. Suckiel of the United States Army. They were married in Lisberg, Germany and returned to the United States to raise their family in Parkertown, NJ.Ã‚Â  Many fond memories include Rita's traditional German cooking shared during all holidays, especially Christmas Eve's. She worked for many years as a seamstress and finished her working career at Caesar's in Atlantic City. Later in life she and Stanley had time for travel with lifelong friends of more than 50 years, Bub and Marlene.
Rita was predeceased by her husband Stanley, parents George and Elizabeth, and sister, Maria. She is survived by her daughter Lynn (Mike) Colledge, sons Steve (Heather), Karl (Aud), Michael (Barb), and grandchildren Brielle, Thomas, Michaela, Scott, Morgan, Erik, Leigh, Kristin, Kelly and Shannon. Rita is also survived by her brother-in-law Hans BaumgÃƒÂ©Â¤rtner and nephews JÃƒÂ©Â¼rgen, Norbert and Rolf of Germany.
A Mass of Christian Burial will be celebrated on Wednesday, September 20, 2017 at 11:00AM with visitation beginning at 10:00AM. The service will be held at St. Theresa's Catholic Church, 450 Radio Road, Little Egg Harbor, NJ. In lieu of flowers, donations in Rita's name may be made to the charity of your choice. Arrangements entrusted to and condolences may be left for her family at: Maxwell Funeral Home in Little Egg Harbor Township.
Ã‚Â