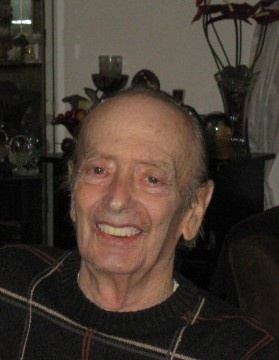 Milan (Mel) Bohuslav Matusek, 81 of Little Egg Harbor, NJ peacefully passed away on Friday January 10, 2020 at Seacrest Village Nursing Home in Little Egg Harbor. Milan was born in Newark, NJ and resided in Union, NJ before moving to Little Egg Harbor 3 years ago. He was a member of Zion Lutheran Church in Clark, NJ and served honorably in the US Army and the Army National Guard from 1957 to 1963. Milan was a hard worker and very skilled at working with his hands. He began his career working for Western Union as a phone technician and later joined the United Auto Workers Union and worked until his early retirement from Hyatt as a machinist. He then moved on to Ambicare where he was the head fleet service technician and finally Kearfott where he was assistant lab technician. Simultaneously he also was the property manager of Park Lane Mobile Homes in Union, NJ for more than 30 years.

Milan was an avid outdoorsman and sportsman. He enjoyed hunting and fishing on his boat “Peace at Last”, he earned marksman designation and enjoyed shooting sports and even reloaded his own ammunition. He loved riding his motorcycle, building and restoring cars, photography, gardening and animals.

Milan was a man who was very generous with his time and would often be found volunteering. He was a member of Iselin Fire Co. #3, he was a volunteer EMT in Union, NJ and was active in the Coast Guard Auxiliary teaching boating safety courses and performing vessel inspections and water patrol.

He was predeceased by his parents Louis and Mary Matusek, brother Ivan Matusek and nephew Johnny Matusek.

Visitation will be on Friday January 17, 2020 from 1pm until 4pm followed by a Celebration of Life and Time of Sharing and Remembrance which will begin at 4:00pm. All services will be at Maxwell Funeral Home 160 Mathistown Road Little Egg Harbor, NJ 08087.

In lieu of flowers donations can be made in Milan's memory to the Coast Guard Foundation at www.coastguardfoundation.org

To order memorial trees or send flowers to the family in memory of Milan B Matusek, please visit our flower store.