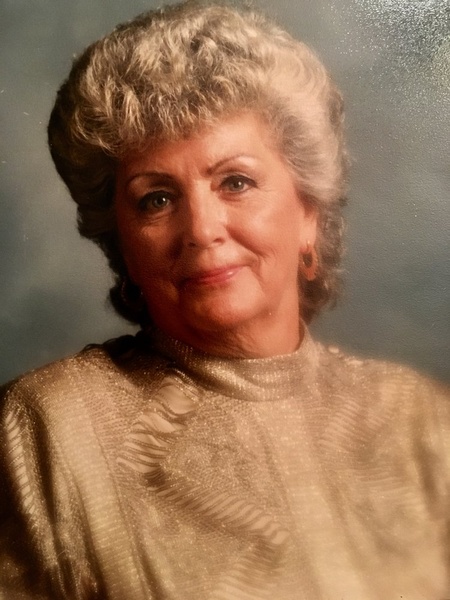 Born to Charles and Florence Wood December 16, 1927 in Paterson, NJ. She spent her early life in Paterson with her 5 siblings, who loved to sing together.Ã‚Â  Sentimental Journey and Taters in the Oven were their favorite songs to harmonize together.Ã‚Â  She also had a singing group called The Meryl Sisters who sang for the troops. The singing gene was passed on to her kids, nieces and nephews, and many get togethers were spent singing in harmony.

Myrtle went to work at the early age of 16 for the phone company as an operator during WWll.Ã‚Â  She began writing letters to one of her coworkers sons Charles Joseph Quigley, a soldier stationed in Germany, who later became her husband upon his arrival home from the war.Ã‚Â  They married in 1946 had 5 children and raised them in Wayne, NJ. After her children were grown, she went back to work at The Italian Circle, Villa Luigi's, The Crane House and Macalusos in Paterson, NJ, and then the Seaview Marriott in Galloway, NJ, where she was very proud of her title, Captain.Ã‚Â

She bought a retirement home in Tuckerton, NJ in 1986 where she lived for 10 years. Myrtle returned to Northern New Jersey for a few years, then returned to Tuckerton to be closer to her siblings.

Myrtle loved hosting holidays at her house in Wayne, where she often seated 25+ for dinner. Family was very important to her.Ã‚Â  She enjoyed bingo, slots in Atlantic City, collected dolls, cardinals and Hummels. An avid NY Yankees fan, most evenings in the summer were spent watching her team play.Ã‚Â  She had a flair for cooking, especially white clam sauce, and enjoyed a good glass of wine.

A celebration of life is planned for the spring/summer.

To order memorial trees or send flowers to the family in memory of Myrtle A Quigley, please visit our flower store.