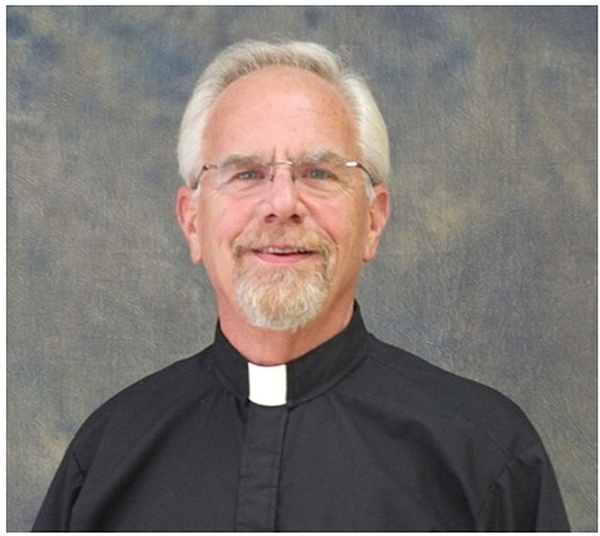 Father Lambeth was born in 1948 in Dallas, Tex., to Gloria and Irby Nolen Lambeth.  He served four years in the U.S. Navy making four tours of duty in the Vietnam War on the Naval Destroyer Ozbourn DD846. After Vietnam, he went to work in new-store construction management for Neiman Marcus in Dallas and later for Lane Bryant in New York City.

Father Lambeth’s educational background included studies at Eastfield College in Dallas. In 1987 he began studies for the priesthood in St. Mary Seminary and University, Baltimore, where he earned bachelor’s and master’s degrees in theology. He was ordained a priest May 21, 1994, in St. Mary of the Assumption Cathedral, Trenton, by Bishop John C. Reiss.

In 2008, he was named administrator of St. Theresa’s Parish and then pastor. Father Lambeth retired from active ministry in 2019 but continued to serve St. Theresa Parish, assisting with Masses and the celebration of Sacraments until a few weeks before his death. His diocesan appointments included serving on the building commission; council of priests, and for eight years as director of vocations.

Father Mick was predeceased by his parents Irby and Gloria Spradley and brother Richard P. Lambeth.  He is survived by his loving sister Deborah Ryan and husband Tom of Garland, TX, brothers Ronald Lambeth and wife Sandy of Houston, TX and Christopher Lambeth of Ft. Worth, TX, many nieces, nephews, great nieces and great nephews and his beloved dog “Buddy”.

Donations is Father Mick’s memory can be made to St. Theresa Church.

To order memorial trees or send flowers to the family in memory of Reverend K. Michael Lambeth, please visit our flower store.