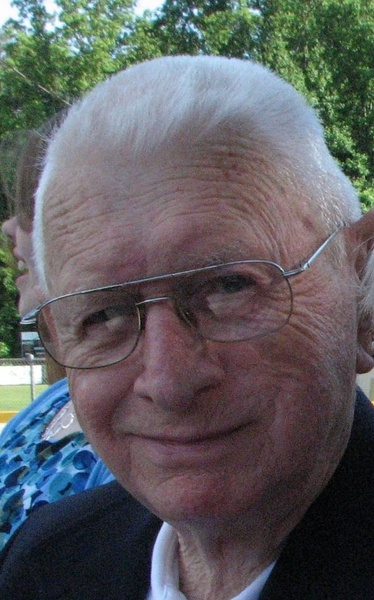 Richard W. Zaengle, 85 of Little Egg Harbor passed away on Thursday January 11, 2018 a week before his 86th birthday.Ã‚Â  Although departed from this life, his spirit continues to be felt by so many lives he touched.Ã‚Â  Richard was born in Pennsauken, NJ but spent many wonderful years in Merchantville, NJ with his soulmate, Helen, before retiring to Little Egg Harbor, NJ in 2000.Ã‚Â
Richard received a Jesuit education at St. Joseph's Prep in Philadelphia (The Hawk Will Never Die) and pursued some college coursework.Ã‚Â  He proudly served at the rank of Staff Sargeant with the 40th Air Refueling Squad in the Strategic Air Command (SAC) for the US Air Force during the Korean War.Ã‚Â  During his young adult years, Richard apprenticed under his father, beginning in 1951 at Phototype Color Graphics in Philadelphia to become a Lithographer until his retirement in 1993. His hobbies included surf fishing off of Long Beach Island and a sailboat built in the basement of his parents' home in Moorestown, NJ before launching it on the Delaware. He also had several sports cars including a Jaguar and an MG which he drove across country from New Jersey to Texas, apparently at high speed during a rainstorm because the top up wouldn't go up.Ã‚Â  Forever analytical, he needed aerodynamics to work in his favor.
Always yearning to learn new things, he took up many hobbies including photography and his Ham radio for which he raised multiple antennas and learned many advance math calculations to determine the best angles for sound to travel, seeking more connections to the rest of the world.Ã‚Â  A woodworker at heart, he also carved waterfowl and duck decoys during retirement.Ã‚Â  He shared this gift and taught carving to young students at the Tuckerton Seaport Carving Club.Ã‚Â  He was also a dedicated volunteer at the Jacques Cousteau National Education Research Reserve and for a period of time fondly remembered by his grandchildren, picked up and transported turtles for research at the Rutgers University Marine Field Station.Ã‚Â  Richard was also known for providing pearls of wisdom and sage advice such as how to sprinkle salt on the tails of wild rabbits and wild birds to capture them as pets.
Richard's memory is entrusted to those he loved most including his beloved wife of 39 years Helen E. Zaengle, daughter Debra Lee Zaengle of Syracuse, NY, son Richard Zaengle Jr. and wife Nancy of North Haledon, NJ, son Robert W. Blackwell and wife Bess of Warrington, PA and daughter Carol Ann Livesey and husband Christopher of Amelia, VA, sister Barbara Stockton of Naples, FL and grandchildren Alexandra Elise Livesey, Christopher William Livesey, Victoria Lynn Livesey, Samantha Kathleen Livesey, Richard Zaengle III, Claudia Maria Zaengle, and Dylan Andrew Zaengle.
Viewing hours will be held on Tuesday January 16, 2018 from 7 to 9pm at Maxwell Funeral Home 160 Mathistown Road Little Egg Harbor, NJ 08087 and on Wednesday January 17, 2018 from 10am until the Funeral Mass at 11am at St. Theresa's Church 450 Radio Road Little Egg Harbor, NJ 08087.Ã‚Â  Interment will follow at Greenwood Cemetery, Tuckerton, NJ.
Donations in Richard's Memory can be made to St. Theresa's Church