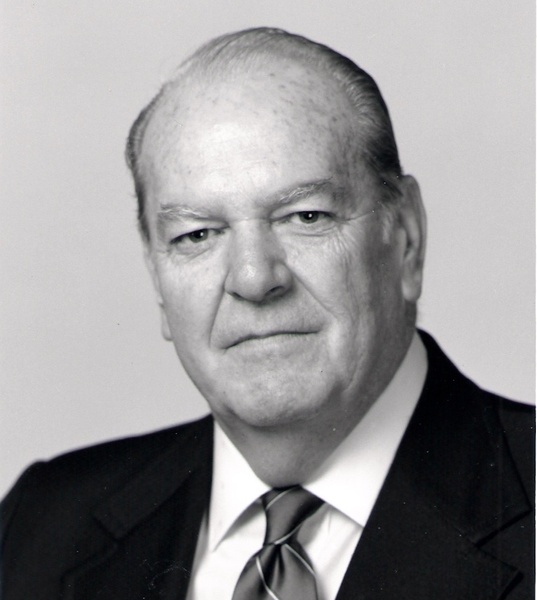 Bob grew up in the Roxbury section of Boston where he attended school. After High School, he enrolled at Boston University, where he received Associate and Bachelor degrees. He interrupted his college career after two years to enlist in the U.S. Air Force, serving during the Korean War. Bob was a flight engineer on a B29 refueling tanker, stationed here and in the South Pacific. He was honorably separated after four years with the rank of Staff Sergeant.
While in the service, Bob married Ann Marie Troccoli, who bore him two sons, Robert F. and Jeffrey P. Lynch. She moved with Bob from Boston to Ohio and then on to Albany, GA. Ann and Bob were married for seventeen years. She tragically died of cancer in 1970 at age 40.
After his honorable separation from the Air Force, Bob returned to college, finishing his final two years in just over a year with a Degree in Biology.
Bob went on to work for Lederle Laboratories as a sales rep in the Boston area. After nine years, he was moved into the home office in Pearl River, NY. He moved through several management levels from Training Manager, Product Group Manager, ultimately retiring as Vice President of Marketing. During his tenure, he supervised the marketing of twenty-sixprescription products and several over-the-counter products, most notably the Centrum vitamin family.
The company sent Bob to several schools, including course work at Columbia U., New York University, and the Wharton School of the University of Pennsylvania. His purpose there was, together with several members of the health care industry; doctors, hospital administrators, etc. to help formulate President Nixon’s health care policy. While with Lederle, Bob was Chairman of the Marketing Committees of both the Association of Chain Drug Stores and the Proprietary Association. He also testified before the New York Legislature on the subject of generic drug regulation.
Not long after his first wife’s death, Bob married Joyce M. Stiles, an Executive Secretary with Lederle. Together they had a daughter Jennifer E. and Christopher J. Lynch. Jennifer and her husband Patrick Cooney gave birth to daughters Megan and Deirdre. Christopher and his wife Denise (Mullaney) bore two sons, Noah, and Quinton. Of his accomplishments, Bob was most proud of his children and his grandchildren.
He retired from Lederle after thirty-four years to join Carrafiello, Diehl Advertising Agency as Chief Operating Officer, becoming Chief Executive Officer upon the death of the owner. After leaving there, Bob became Adjunct Professor at St. Thomas Aquinas College in Sparkill, NY. He taught Marketing and Sales Promotion Sales Promotion for four years.
After a short retirement, and wanting to give something back to the community, Bob joined the Retired and Senior Volunteer Program, with its seven hundred volunteers, as Media Chairman, and was subsequently elected to Chairman of the Advisory Council, serving for several years. He also did volunteer work at Nyack Hospital in Nyack, NY.
Bob finally retired in 2008.
Bob leaves Joyce, his beloved wife of fifty years, his cherished children and grandchildren, (who affectionately called him Pica), and his sweet dog Rosie. He is also survived by his brother Dick, niece Carol Ann, nephews Kevin and Mark, and his sister-in-law Janet and her husband Henry Baldassari, Joyce’s brother James Stiles, his wife Joanne, and their children, Jimmy, and Bryan. He is pre-deceased by his sister-in-law Barbara, niece Donna, sister-in-law Rita Geist and her husband Bill, and niece Lisa.

Visitation will be held on Tuesday December 21st, 2021 from 3-7pm with a brief service at 6pm. The Lynch family requests that everyone in attendance please wear a face covering inside the Funeral Home at all times.

To order memorial trees or send flowers to the family in memory of Robert M Lynch, please visit our flower store.