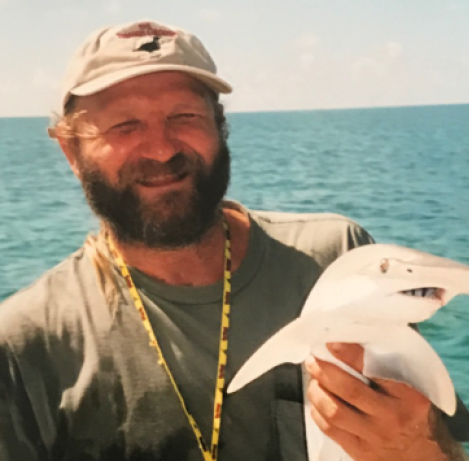 Stephen Stoop, 62, of Tuckerton passed away Tuesday April 10th surrounded by his loved ones after a long courageous battle with cancer. Stephen's zest for life should be an example for all of us. He was a hard worker and always put others first. Stephen was never one to stand still; always another fish to catch, another concert to see, or another ball game to enjoy.
He will be forever loved and missed by his fiancÃƒÂ© of 36 years, Debra Mecca, his children Erica Stoop, Joseph Mecca, Christopher Mecca, Tara (David) Moran, Crystal (Eddie) Fitzpatrick, and Stephen Stoop Jr., as well as his special little buddy Armani and five grandchildren. He will always be in the hearts of his sisters, Karen (Paul) Campise and Susan (Eric) McCarthy, as well as his brothers, Robert (Colleen) Stoop and Andrew (Robin) Stoop. He will be remembered dearly by his fiancÃƒÂ©'s sister Rosemarie Nilson and her mother Margaret Mecca.
Steve is predeceased by his parents Florian Leonard and Alma Joan (Lueddeke) Stoop and his two brothers, who always remained close to his heart, Eddie and Christopher Stoop.
Services for Stephen will be held on Saturday April 21st at the Maxwell Funeral Home, 160 Mathistown Road Little Egg Harbor NJ 08087 from 2-4pm.