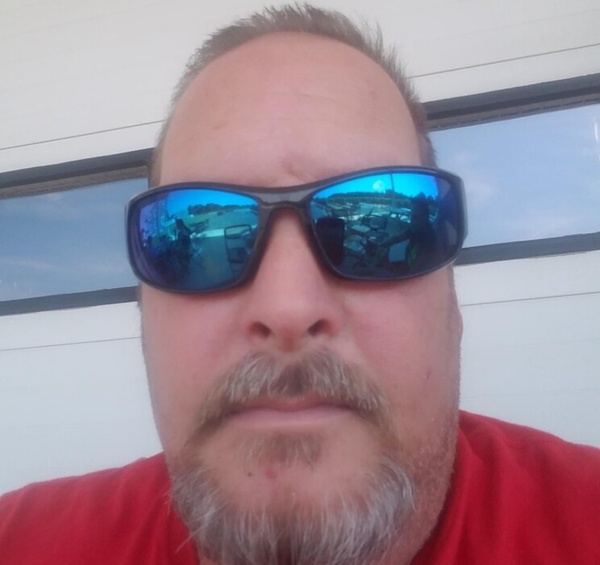 Thomas Christopher Engels, 50 of Little Egg Harbor, NJ passed away suddenly at Shore Medical Center on Monday, November 30, 2020. Tom was born on August 23rd, 1970 in Belleville, NJ. He was a jack of all trades, but his true love was being behind the wheel of a tractor trailer. He held his CDL for over 25 years. He was currently an employee of Allied/Beacon Building Products as a Boom Truck Operator, but Tom didn’t meet a vehicle he couldn’t master. He was also a respected member of the SAL Post #493. During the summer, he could be found manning two grills at once at one of his many blowout bbq’s with many close friends. Tom was also an avid enforcer of the speed limit on Lake Champlain Dr. Each fall he could either be found in the seats of the Monster Mile at Dover Speedway cheering on his favorite driver, #88 Dale Jr or attending a tattoo convention with his wife, Beverly. Once December rolled around, he could be found in his front yard setting up his yearly Christmas light display which is said to be able to be seen from the international space station. Once he broke down his light display, he could be found staring out his front door waiting for the first sign of snow so he could break out the snow blower! Tom was also predeceased and survived by many, many, many, many, many, many, many, many fur babies. He will be missed dearly by his friends at the American Legion Post #493, Laurita Winery, Plagido’s Winery and many other local spots.

Visitation will be held on Saturday December 5th, 2020 from 4-6pm at Maxwell Funeral Home 160 Mathistown Rd. Little Egg Harbor, NJ 08087. Cremation will be private. Please note, due to COVID-19 the funeral home is operating at limited capacity as per NJ executive order. Staff will be there to assist. All visitors must wear a face mask inside the funeral home at all times.

In lieu of flowers, we ask that donations be made to Deborah Heart and Lung Center, Browns Mills, NJ at www.deborahfoundation.org/donate

To order memorial trees or send flowers to the family in memory of Thomas C Engels, please visit our flower store.