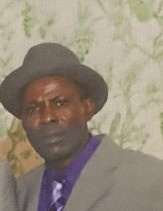 Victor Bukula, 55 of Little Egg Harbor, NJ passed away on Sunday April 18, 2021.  Born in Angola, Africa Victor moved to the United States in 1985.  Victor worked in Marine Fiberglass for Viking Yachts and Henriques Yachts and was a very hard worker.  On his days off from work he would always keep himself busy by working on a project or in the yard.  Victor was someone you could depend on no matter what, he always put others before himself. His smile lit up any room he walked into and his calm demeanor made everyone feel at ease.

He was predeceased by his parents Nunes and Bibiana Bukula, sister Ntumba Maria Bukula and brother David Bukula.

Visitation will be held on Saturday April 24, 2021 from 10am until the Funeral Service at 12noon at Maxwell Funeral Home 160 Mathistown Road Little Egg Harbor, NJ 08087.  Burial will follow at St. Mary’s Cemetery, Manahawkin.

To order memorial trees or send flowers to the family in memory of Victor Bukula, please visit our flower store.