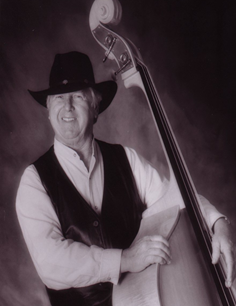 The world has lost a very special man. He always had a smile and a helping hand for anyone that needed it.

Bill was born at home in Manahawkin, NJ.  As a child he later lived in Lakehurst, NJ and witnessed the destruction of the Hindenburg.  He served in the US Army Airborne Engineers with 2 tours in Korea during the Korean Conflict.  He raced stock cars (#33 and #333) during the 1960s at Wall Stadium and other tracks.  Through his lifetime he worked as an arborist, heavy equipment mechanic and operating engineer in the paving industry. He was also recognized for his many volunteer endeavors. He was active in preserving the traditions and history of the area. Bill was also an excellent singer and worked with several country and bluegrass bands including a long running stint as bass player and singer for Home Cookin’.

Services will be private.

Donations in Bill’s memory can be made to Tuckerton Seaport, 120 Main St, Tuckerton, NJ 08087 or the charity of your choice.

To order memorial trees or send flowers to the family in memory of William "Bill" L Salmons, please visit our flower store.